Get fresh music recommendations delivered to your inbox every Friday.
We've updated our Terms of Use. You can review the changes here.

A Step Outside (live EP) 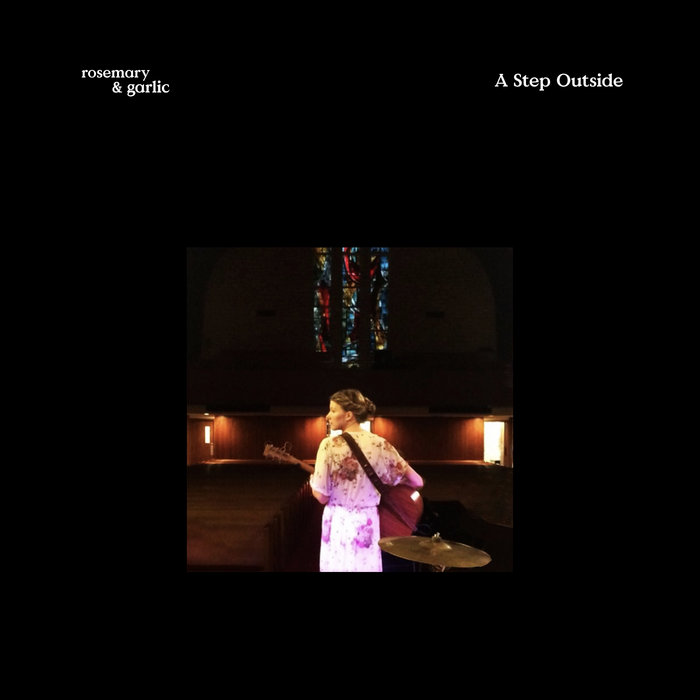 Dutch DIY dream-folk artist Rosemary & Garlic (aka Anne van den Hoogen) released 'A Step Outside', a collection of songs recorded live at the St Pauli Kirche in Hamburg during Reeperbahn 2018 and at Paradiso Amsterdam.

Adding a live chapter to her repertoire, A Step Outside contains songs from The Kingfisher EP and the self-titled debut album Rosemary & Garlic. The songs often portray a blue character upon whose chest the world lies heavy, or whose mind seems troubled. Yet all characters take a step outside and wander their own worlds, relying on the surviving power of their imagination.

“I have always had a love for live songs, although they seem quite rare these days on radio or streaming services. A live version of a song can own the magic of the connection between the artists and the audience. I love the sound of a hall or room in which a lot of people are trying to keep quiet and the artist sometimes giggles or tells a bad joke… My favorite live album is Miles of Ailes (1974) by Joni Mitchell,” says van den Hoogen.

“To step outside and play these songs live was something I found quite difficult. That hasn’t changed really, but what has changed is my view on what it can mean to play live. It can create that magical atmosphere, something that you’re both scared of and addicted to.”

Bandcamp Daily  your guide to the world of Bandcamp

The Hammer and The Relentless from the Boston band Malleus stop by for a chat.